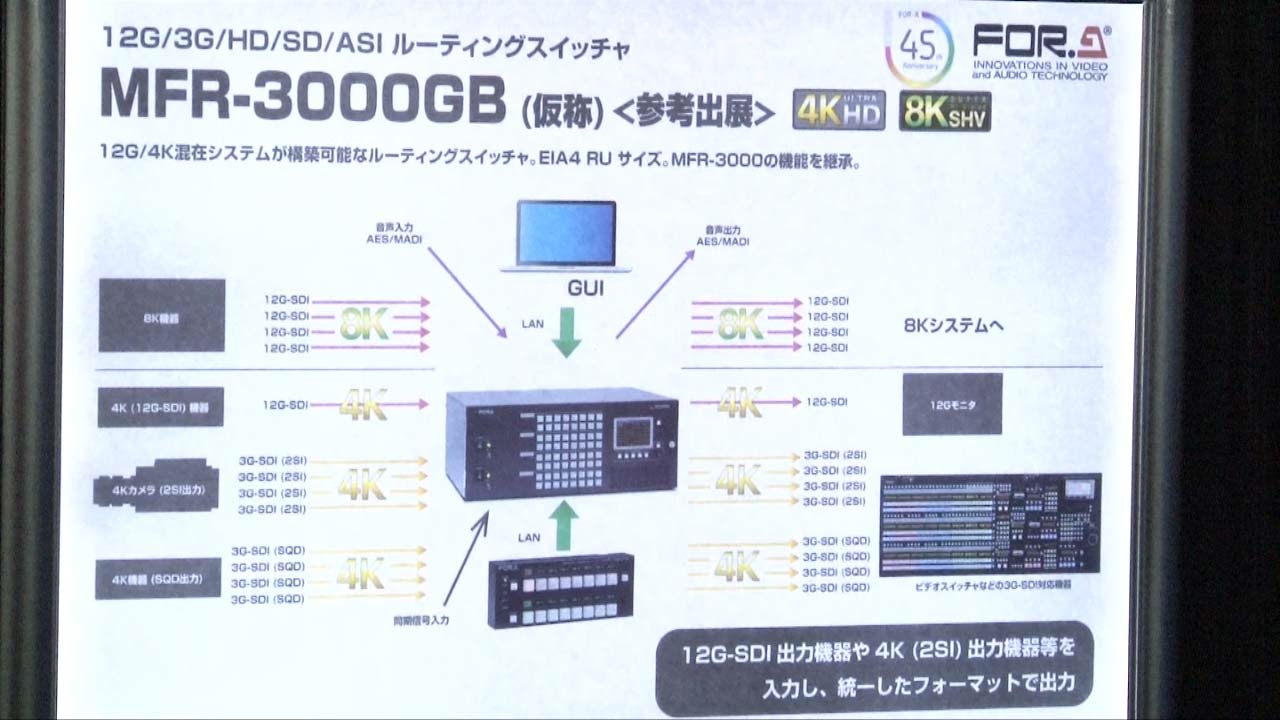 The MFR-3000GB, developed in collaboration with NHK, allows conversion between 12G-SDI (SMPT 2082) and 3G-SDI. It can be expanded up to eight I/O slots and up to 56 SDI channels. Its biggest feature is the combined use of 12G-SDI and 3G-SDI in one, and the GearBox functionality that converts between 12G-SDI and 3G-SDI x 4 channels, along with conversion between SQD and 2SI. This configuration allows for separate management of 4K and 8K content in a single unit and input from both a 12G-SDI and 4K (2SI) output device, enabling output of both feeds in a single format.