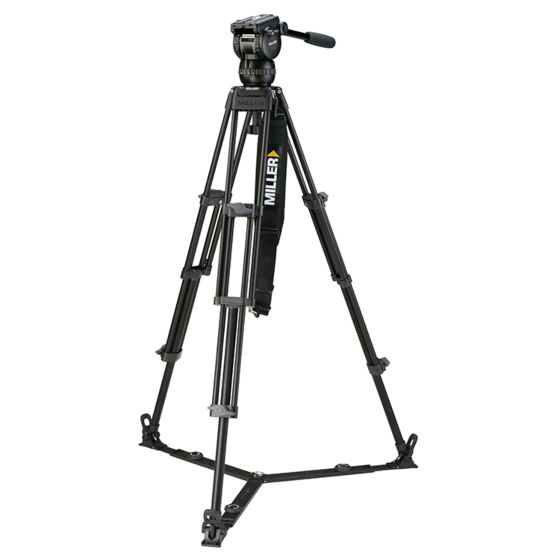 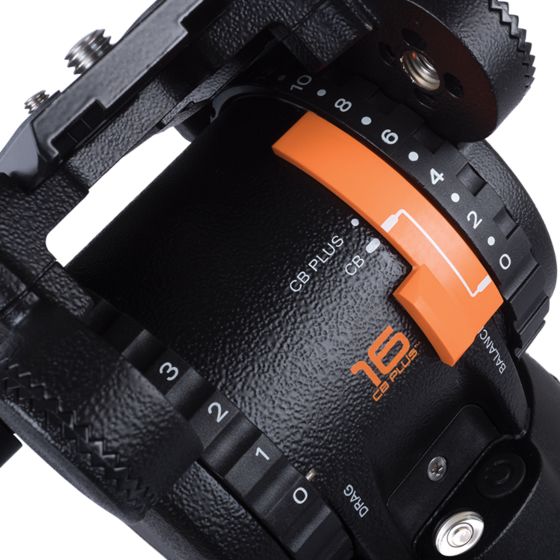 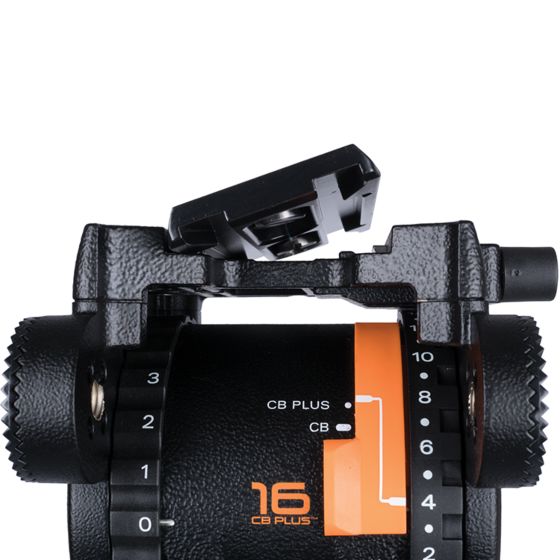 Velbon Tripod Co., Ltd. will attend Inter BEE 2018 held at Makuhari Messe between 11/14 (Wed.) and 11/16 (Fri.), exhibiting the new CompassX Series of tripods made by Miller, for which they are an official Japanese dealer.

■CompassX Series
Velbon is holding its fourth exhibit this year, and although they have only exhibited a single prototype CompassX model leading up to its release, Inter BEE 2018 will mark the first time all five models in the series have been on display since their release. Visitors will be able to observe the feel and differences of the three 75mm bowl models and two 100mm bowl models.

This upgrade is the first since the last model was released nine years ago. The greatest feature of the new models is the counterbalance, with its industry-best 16 stages, which includes 15 fixed stages and a completely free “0 Stage”. This finer adjustment capability offers dramatically better performance than existing 4-stage models. The free 0 Stage, with no resistance at all, is also an extremely rare feature in this class of tripods, and a priceless convenience for camera operators who prefer to make all of their adjustments by feel. Another selling point is its durability in cold weather, with an operating temperature range of -40ºC - 65ºC.

The 1204 Camera Plate accessory for use with the CompassX Series also mounts and detaches from the top, unlike the slide mounting mechanism on existing models. This improvement provides faster adjustments in the field, and gives the whole series the ability to meet a wider range of practical needs.

■CF/2M Kit for HD100 2 Stage Tripods
In response to requests from users, Velbon will also showcase the CF/2M Kit for HD100 2 Stage Tripods, a series of high-legged video tripods created as a special model for the Japanese market. Chief salesman for Velbon’s international sales division in Tokyo, Naoto Nakajima says, “The thick piping stabilized with carbon fiber construction, alongside the two meter max height, make this an unparalleled product.” While it has been adopted in many broadcast and production settings, it has performed well in journalistic settings where setup locations are limited, especially for election coverage and live venues.

■Solo Series
Velbon also plans to exhibit the Solo Series, which has garnered popularity with freelance camera operators. Solo Series is lightweight and can be smoothly set up by one person. It is capable of shooting low angles without the use of a spreader, and a wide range of additional angles without the need for hi-hat or baby tripods. These products have been the recipients of much support from a number of fields, video journalists, and independent camera operators.

■Miller Reps Visit Japan from Australia
The Velbon booth features sample cameras mounted on tripods the where visitors can experience first-hand the feel and operability of the different models. Being able to hold the camera in their hands makes it possible to see how they might perform in the field.
Accompanying Velbon staff at the booth during the exhibition will be representatives from Miller, who will travel from Australia. Nakajima stated, “Miller has created products that respond to the real needs of its users in a wide range of settings. They want to attend the event so they can hear directly from customers about their desired styles of tripods, improvements they are looking for, and more. Their team also plans to bring along original merchandise to give away as gifts at the booth. These will be goods that are otherwise hard to find, so we strongly encourage people to come visit us.”