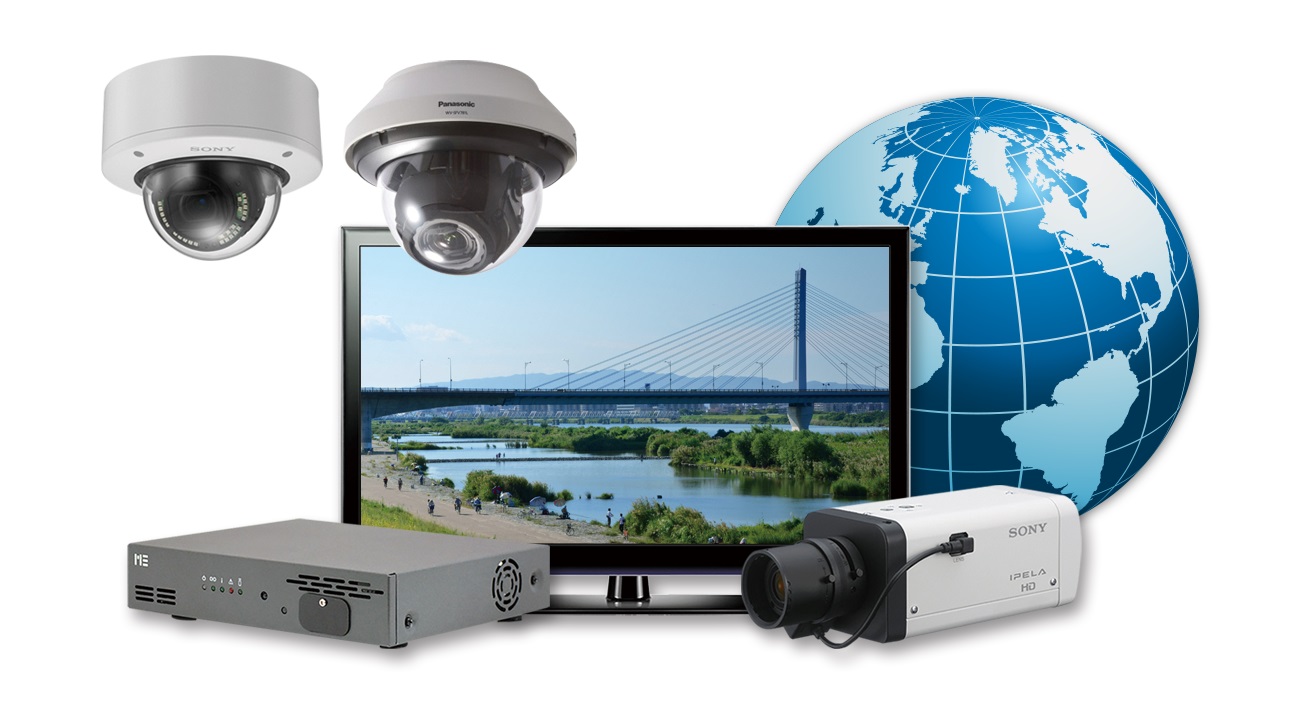 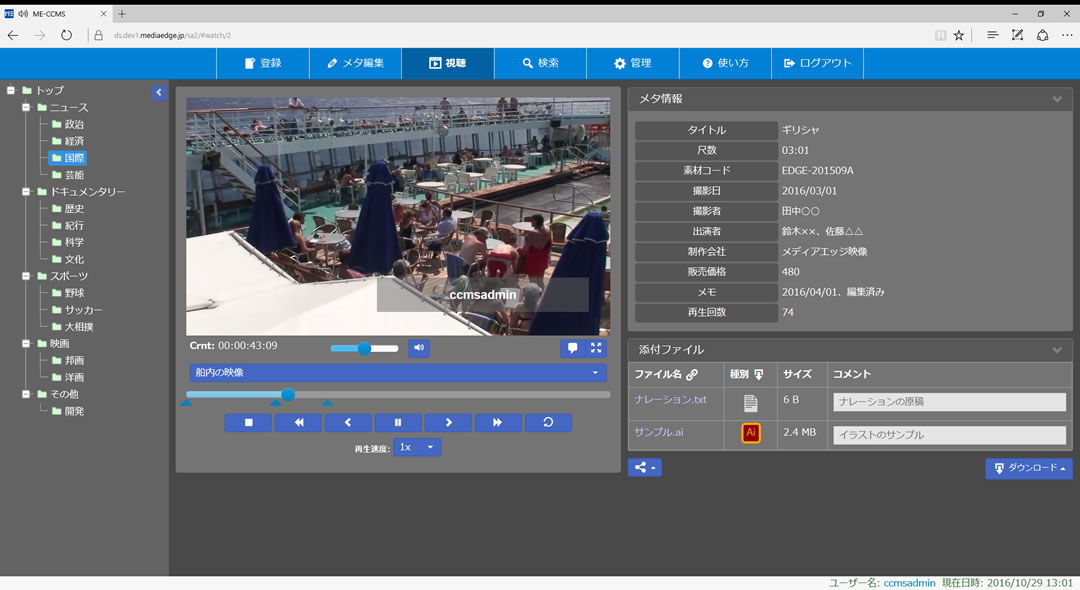 MEDIAEDGE (head office: Kobe, Hyogo Prefecture) exhibited at Inter BEE 2016, held from November 16th (Wed) to 18th (Fri) at Makuhari Messe. On the theme of "Broadcast & Broadband" (IP-fication of video) their booth (Hall 8, Booth No. 8003) exhibited a variety of products that utilize video over IP, including the "LoopREC" multi-channel loop video recording system, which collectively records and centrally manages the video from information cameras set up at multiple bases, "NetView", which and directly receives images from network cameras and outputs them to a monitor, and the 4K-broadcasting compatible automatic delivery system "MEDIAEDGE-APM4K".

"LoopREC" Multi-channel Loop Video Recording System Exhibited
"Loop REC" is a system that collectively records the video from information cameras (IP cameras) installed at multiple bases, such as security cameras and fixed cameras, and can manage and operate them all at once. In 2014 it was awarded the top prize in the Technology category by the Japan Commercial Broadcasters Association and it received the Technology Development Award at the Motion Picture and Television Engineering society of Japan's MPTE Awards.

A feature is the trick mode function that plays video of a designated information camera at up to 4 times normal speed so that you can quickly search In and OUT points of video, and cut out the required part and output as a file or baseband. The system exhibited this time added a new IP multiviewer function with an unlimited number of screens. Masaya Sakamoto, chief of the Technology Development head office, said, "We will also offer the optional function that, triggered by the Earthquake Early Warning system, will automatically carry out video extraction through to uploading of the file."

"NetView" exhibited – equipment which receives streamed video from multiple information cameras (IP cameras) and can output directly by HDMI or SDI.
"NetView" is a network decoder that can directly receive video streamed from information cameras (IP cameras), such as those by Sony, Panasonic, and AXIS, and can use it as broadcast material. Video from one camera is received by one decoder. Also, video received from multiple cameras can be switched between on one decoder. Because it is possible to mix network cameras from multiple manufacturers, this means it is possible to build a hybrid video utilization system combining existing video equipment with network cameras. In addition, at the booth, we also exhibit the "NetView-4KD1" 4K-compatible network decoder, which can receive the video stream from 4K-compatible network cameras directly and use it as broadcast material.

And with regard to the HD broadcast version of "MEDIAEDGE-APM", there is greater cooperation with disaster prevention information and it is possible to add "still picture broadcasting", "ticker layout broadcasting" and "text subtitles" as optional extras. "These MEDIAEDGE-APM-only options are currently under development based on "BroadCATV", made by Hitachi High-Tech Solutions. We plan to demonstrate them at the booth in coordination with Hitachi High-Tech Solutions' ticker-broadcasting compatible server." (Mr. Masaya Sakamoto)

"ME-CCMS" cloud-based content management system for enterprise/broadcasting industry exhibited
ME-CCMS (Cloud-based Content Management System) is a cloud service for content management, and is provided by MEDIAEDGE. They say that it is already being used by major broadcasting stations. Its features are that it can be combined with existing facilities such as material servers and nonlinear systems, and since only small size proxy files and databases for search are uploaded to the cloud, operation with minimal installation costs and monthly usage costs is possible.

Mr. Sakamoto explains the scalability of the product as follows, "It is possible to customize interoperability with MAM. And since you can register as many keywords as you like for searching, you can have highly flexible search."

In addition, at the booth, the company plans to exhibit products that it handles, such as converter products and the "USDP-R5000" 4K-compatible signage player by VideoPro, and VITEC's 2K IP video distribution solution, etc.