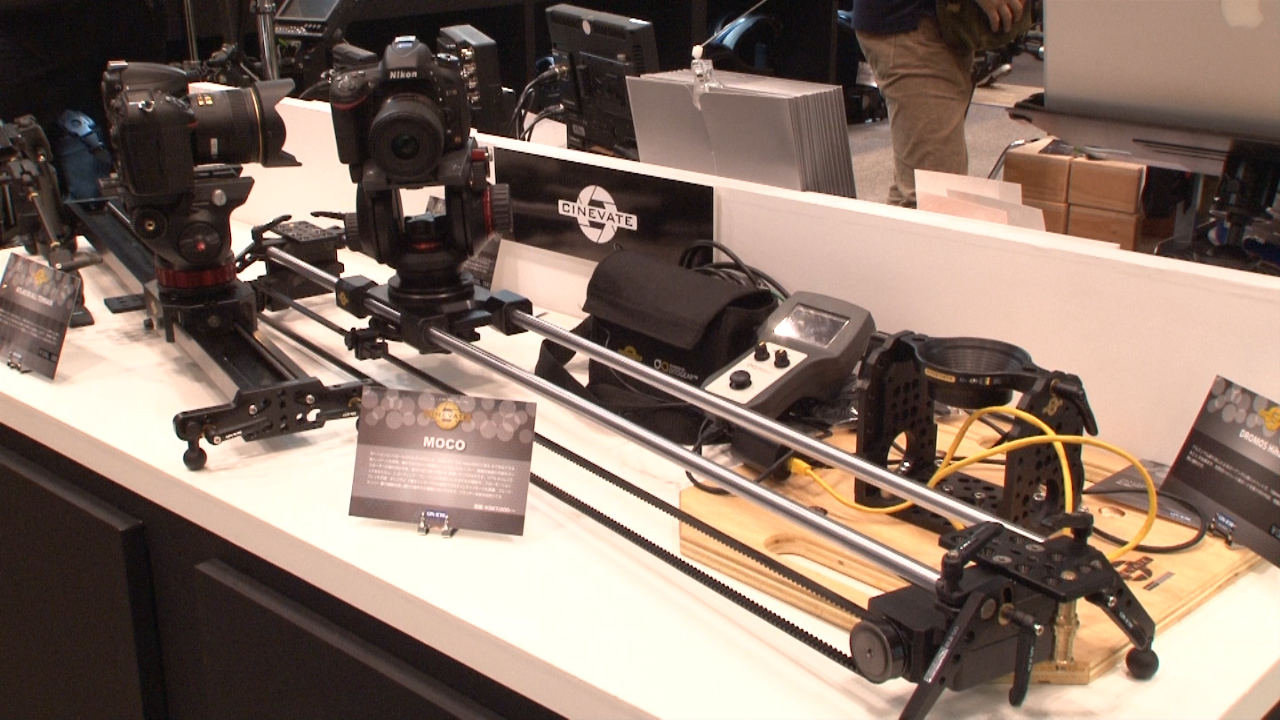 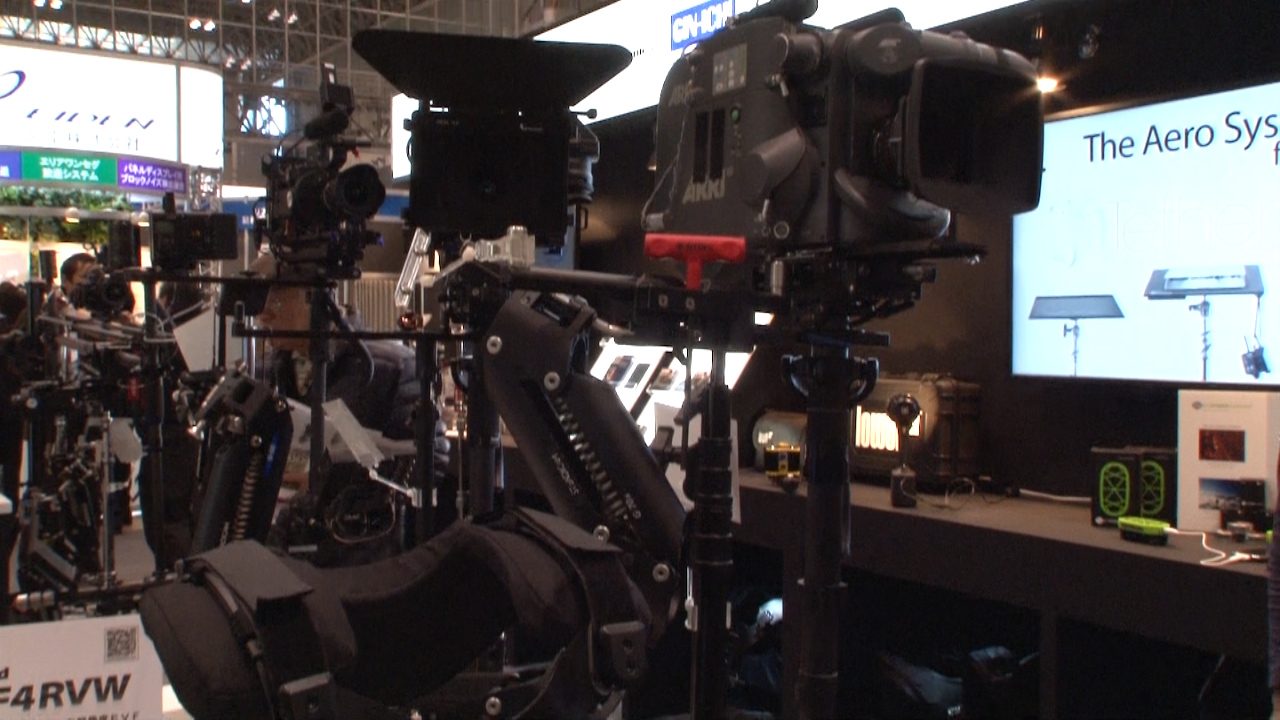 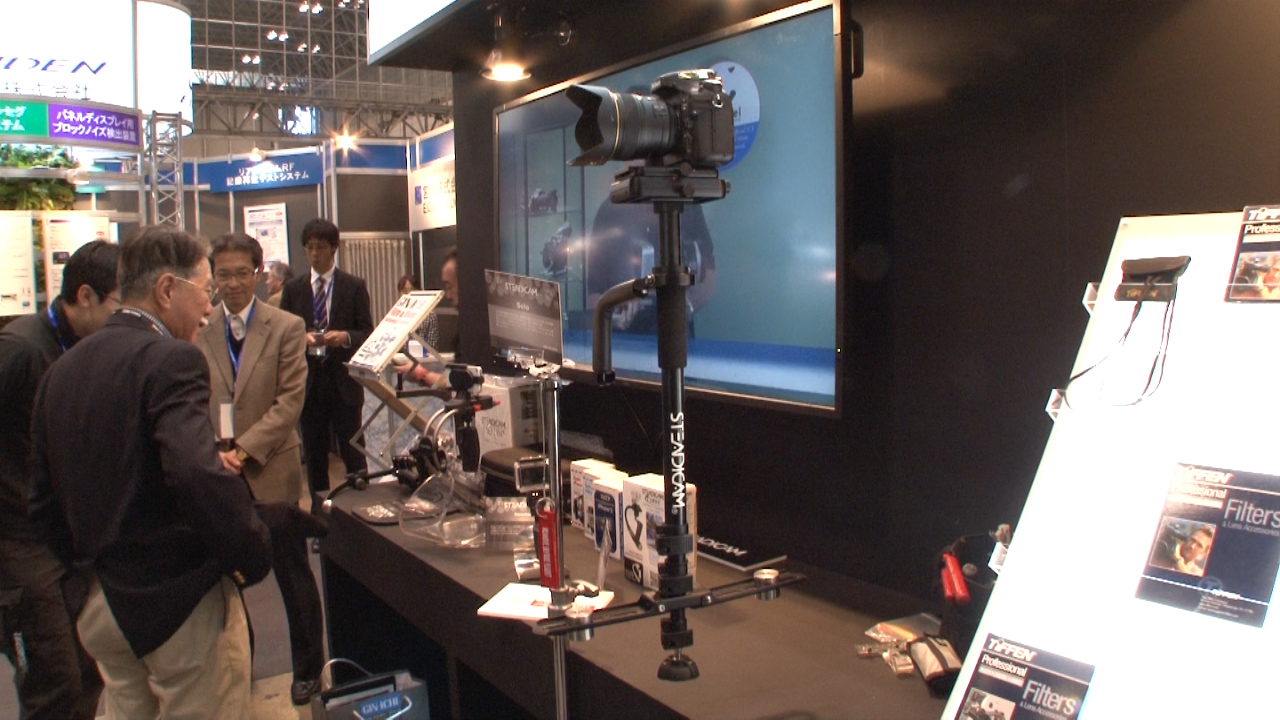 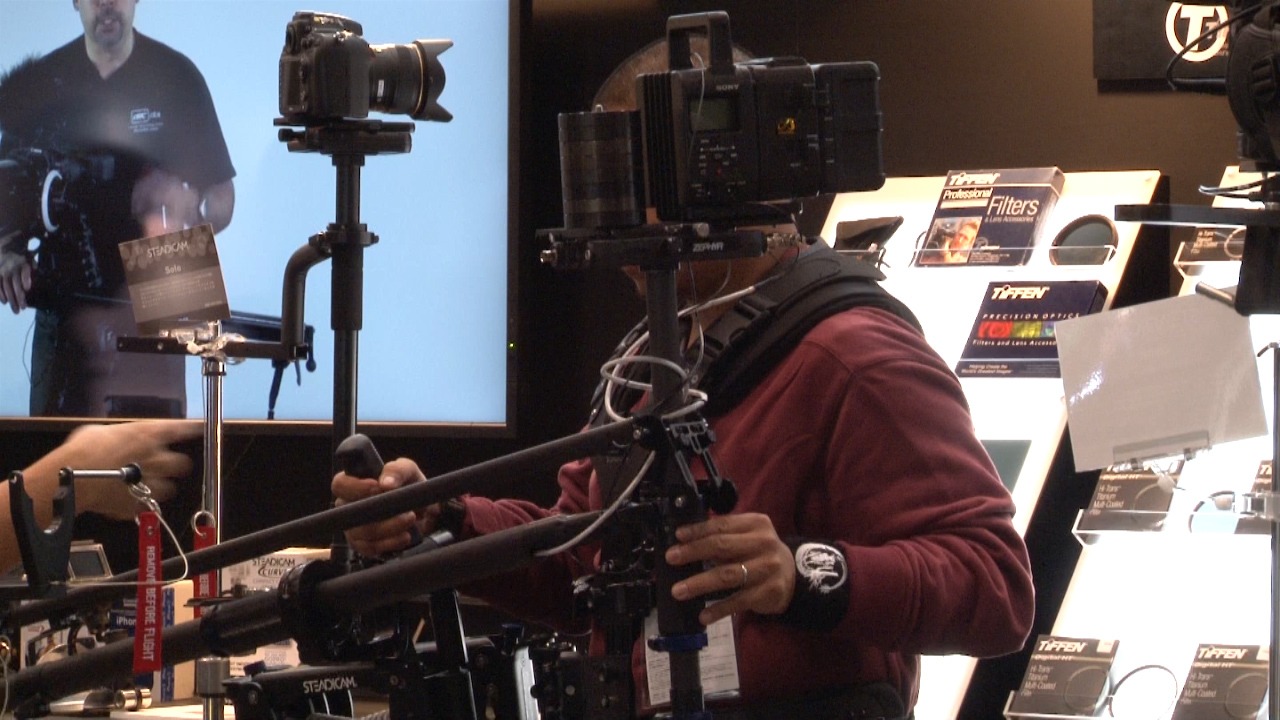 Gin-Ichi (booth: 5608) imports and distributes products from a variety of countries. Their booth is displaying the Steadicam Shadow (+ Vest), a system designed for large cinema cameras. The product is second after their top-of-the-line Ultra model. This is the product’s first showing in Japan. It is fitted with an Arri 535.
Announced at NAB, the Steadicam Solo and Steadicam Curve are handheld models with support for cameras up to 4.5 kg. The prices are under ¥100,000. Compatible with monopods. Remounting used to be difficult but can be accomplished seamlessly on the bottom of the Steadicam. The Curve is a Steadicam designed for the GoPro. The price is yet to be decided, but the product will be offered for ¥15,000 or less. Scheduled for release at the beginning of 2014.
The Moco slider by Canada’s Cinevate comes equipped with a motor unit. It is capable of time-lapse and recording, and supports composing shots amongst other features.
The Steadicam Tango, like last year, is fitted with the Sony FS700. It is capable of shooting at 4K.