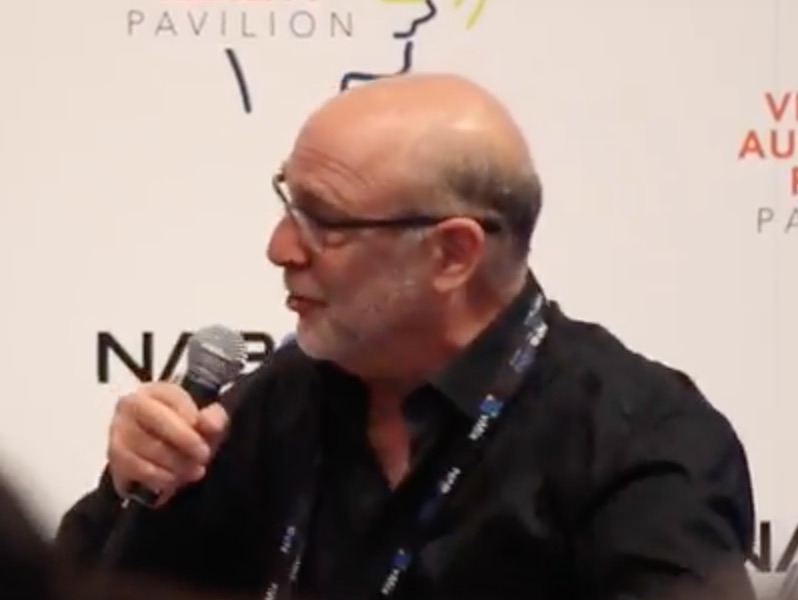 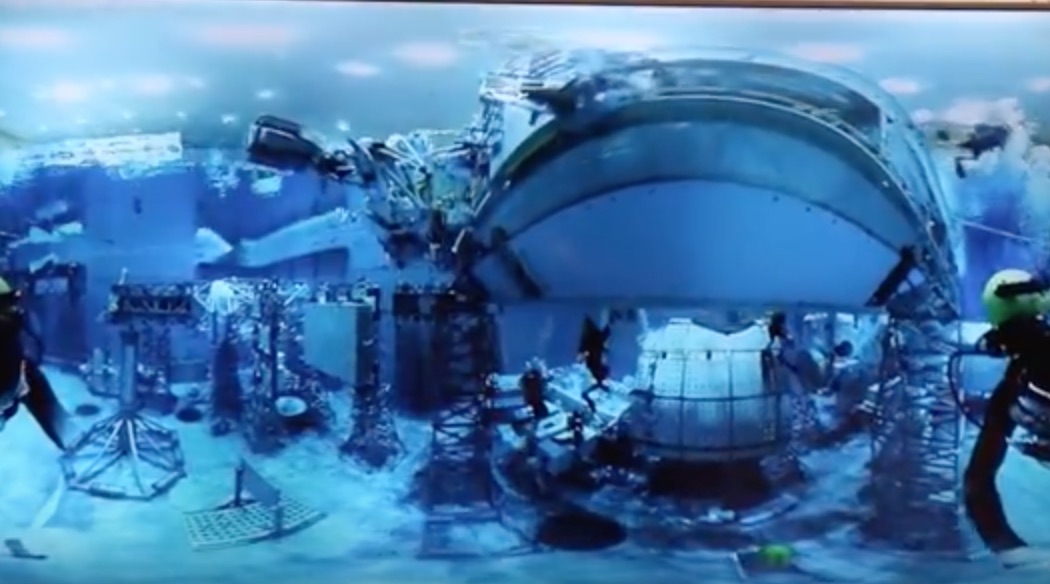 The view of underwater training, converted to VR

On April 27th, a panel titled "VR Content Session: Experiences and Apps" was held in the North Hall VR Pavilion's "Virtual Reality Theater" session space. This was an event to explore issues of common concern, while presenters from various backgrounds talked about their experiences regarding VR development its and use cases.
The panel featured StoryTech Immersive's Brian Seth Hurst acting as moderator, as well as Rodney Grubbs, program manager for NASA's Experts Program at the Marshall Space Flight Center, Lesley Klassen, CEO of VR content developer The Campfire Union, and Thomas Wallner, director and CEO of Liquid Cinema Inc. Lesley Klassen and director Thomas Wallner took the stage.
Among stories from various perspectives about the applications of VR, what attracted discussion as an example of VR already in active use was its deployment in the Marshall Space Flight Center's training program.
This is, as part of astronauts' training, a way to simulate the sensation of grasping objects in the weightless vacuum of space while still on earth. By converting images of underwater weightlessness training into VR, NASA can increase the frequency of the training, and so attempt to improve learning effectiveness. What's more, in the visitor center, visitors from the general public can also experience space using similar facilities. As well as demonstrating new possibilities for VR application, the fact that VR weightlessness experience has become a part of training for real operations in the harsh environment of space means that, because NASA has many CG simulations of space and planetary surfaces, we can expect to enjoy similar experiences in VR in the future.