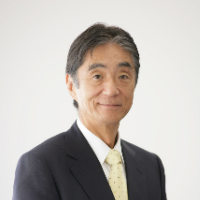 
Hiroshi Ishiguro received a D. Eng. in systems engineering from the Osaka University, Japan in 1991. He is currently Professor of Department of Systems Innovation in the Graduate School of Engineering Science at Osaka University (2009-) and Distinguished Professor of Osaka University (2017-). He is also visiting Director (2014-) (group leader: 2002-2013) of Hiroshi Ishiguro Laboratories at the Advanced Telecommunications Research Institute and an ATR fellow. His research interests include sensor networks, interactive robotics, and android science. He received the Osaka Cultural Award in 2011. In 2015, he received the Prize for Science and Technology (Research Category) by the Minister of Education, Culture, Sports, Science and Technology (MEXT). He was also awarded the Sheikh Mohammed Bin Rashid Al Maktoum Knowledge Award in Dubai in 2015. In 2020, he received Tateisi Prize. 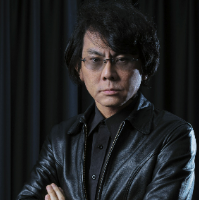 
Founder & CEO of Araya, Inc. After graduating from the Faculty of Science at Kyoto University in 2000, he received his PhD (Cum Laude) in 2005 from Utrecht University in the Netherlands, where he studied human visual information processing mechanisms. After working as a researcher at California Institute of Technology in the U.S. and University College London in the U.K., and as a JST PRESTO researcher and Associate Professor of Cognitive Neuroscience at the University of Sussex in the U.K., he founded Araya, Inc. and worked full time there since 2015. He is engaged in research on the principles of consciousness in the brain and the implementation of consciousness in AI through the fusion of neuroscience and information theory. He has been also working on the practical application of AI and neuroscience in industry. He has received many awards, including the Young Scientist Award from the Ministry of Education, Culture, Sports, Science and Technology, the JEITA Venture Award (2020), the ET/IoT Technology Award (2019) among others as Araya Inc. From 2020, he is working on the practical application of brain-machine interface as a project manager of the Moonshot Project in the Cabinet Office. 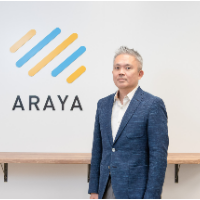 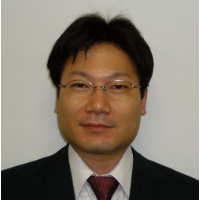 
Jun Ogata received the B.E., M.E., and Ph.D. degrees in electronic and information engineering from Ryukoku University, Japan, in 1998, 2000, and 2003, respectively. He is currently a team leader at the National Institute of Advanced Industrial Science and Technology (AIST), Japan. His research interests include audio and vibration processing, spoken language understanding, and machine learning. Recently he has been working on a wide range of research and development aimed at solving social issues such as intelligent maintenance for industrial infrastructures. He received the Awaya Prize Young Researcher Award from Acoustic Society of Japan (ASJ) in 2000 and Yamashita SIG Research Award from Information Processing Society of Japan (IPSJ) in 2004. 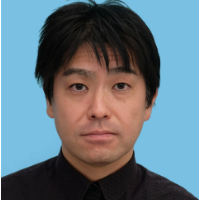 
Masaaki Mochimaru studied Mechanical Engineering and Ergonomics at Keio University in Japan, where he received his Master in Mechanical Engineering and PhD in Engineering. In 1993, he joined AIST as a researcher. In 2001, he was assigned as the deputy director of Digital Human Laboratory of AIST. In 2010, he launched and directed Digital Human Research Center of AIST. Through 2015-2018, he directed Human Informatics Research Institute of AIST. After November 2018, he directs a new research center, Human Augmentation Research Center of AIST. His research interests are related to measurement and modeling of human functions and their applications. In recent years, his research interests are expanded to service engineering and servitization. His researches were published in over 60 journal articles (Ergonomics, KANSEI Engineering International, Journal of Biomechanics, Gait and Posture, SAE International Journal et, al.) and over 120 conference proceedings (ISB Footwear Biomechanics, World Congress of Ergonomics (IEA), International Symposium on Digital Human Modeling, ICServ, Spring Servitization Conference et, al.). He got Basic Research Award from ISB, 5th Footwear Biomechanics Symposium in 2001, The Most Outstanding Small Group Presentation from SAE Digital Human Modeling for Design and Engineering Conference in 2009, and The Most Impactful Poster Award from Footwear Biomechanics Symposium in 2011. Through 1997 to 2016, he was the chair of ISO TC159 (ergonomics)/SC3 (anthropometry and biomechanics). In 2017, he was assigned to the convener of ISO TC159/SC3/WG1. In 2019, he was assigned to the chair of ISO TC 324 (sharing economy). In 2020, he was assigned to the chair of ISO PC 329 (Consumer incident investigation guideline). He also contributes international standardization as an expert of ISO TC 133 (apparel sizing), TC 312 (service excellence), Guide 50 (child safety) and IEEE-SA (3D body processing). 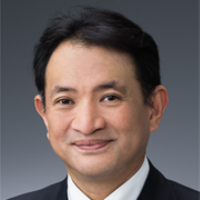 
Atsunori Kanemura is the Chief Research Officer and Chief Scientist at LeapMind Inc., an Invited Senior Researcher at AIST, and a Visiting Researcher at ATR. He obtained the Ph.D. in Informatics from Kyoto University. His publications include more than 50 papers and 100 presentations. He has won a 2010 JNNS Best Paper Award, a 2015 IEEE TrustCom Best Paper Award, and a 2017 NIPS Workshop Best Paper Award. His research focuses on intelligent analysis of human-related data. 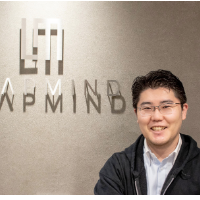